What’s Wrong with this Photo? 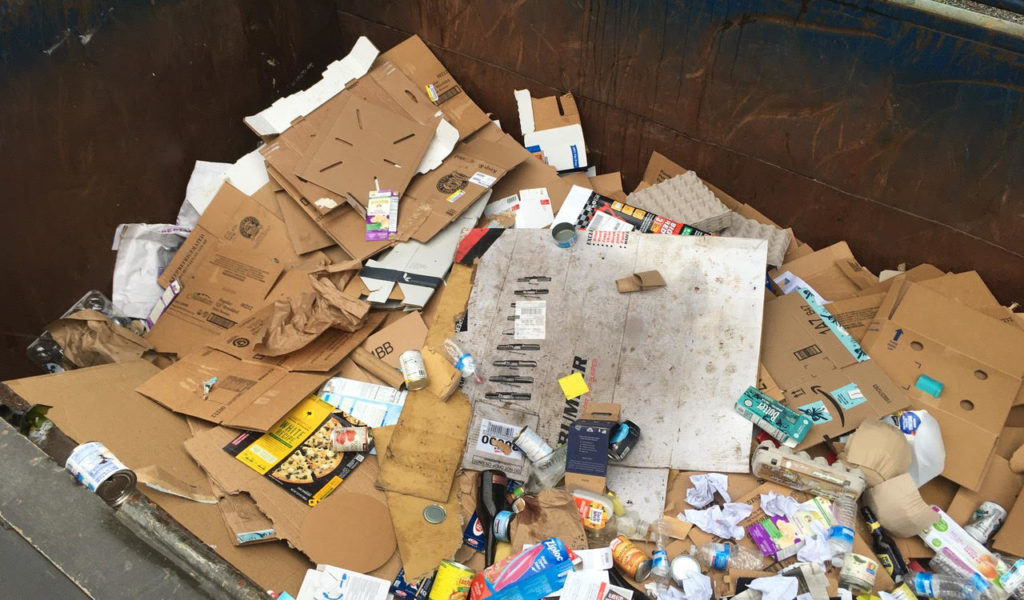 A photo taken earlier this month at the recycling wall area raises this question:

A. Is it mixed, co-mingled recycling dumped on top of separated clean, dry, flattened, corrugated cardboard that has value; or

B. Is it clean, dry, flattened, corrugated cardboard put in with the mixed co-mingled recycling?

So, if you want to know the correct answer, it was “B”. Another point raised by the photo is that aluminum soda and beer cans can be recycled for free, but they need to be put in the stand-alone container by the separated cardboard bin. When they go into the co-mingled bin, ORS gets no value from them. Would you believe that aluminum still has recycle value to the tune of more than $1000 per ton? Help by separating your aluminum cans and depositing them in the correct container.