Secure Your Load for Safer Roads 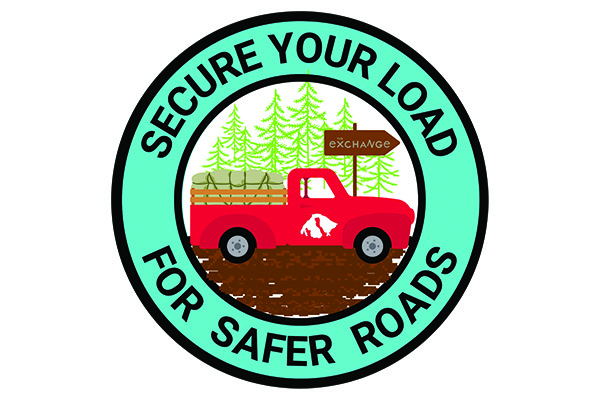 Remember to secure any trash being transported in or on vehicles.

“Failing to secure a load, depending on the circumstances, could be charged up to a gross misdemeanor,” says San Juan County Sheriff Ron Krebs. “If you are driving a load of trash to the dump and garbage is just flying out of your vehicle, then that may be considered littering if you do not go back and pick it all up. One thing I have seen over the years [is] people either forgetting to put tie downs on their boats or thinking that they had a short drive and [it] was not needed. That also is considered failing to secure your load. We all enjoy the peaceful and serene nature of our islands. Please secure your loads and let’s keep our roadways clean as well as safe.”

The AAA Foundation for Safety estimates that 40% of the roadside litter is caused by items blowing or falling from vehicles. The Great Islands Clean-up has been happening since 2011 in the San Juan Islands and some Orcas volunteers believe much of the collected trash is either a result of blatant littering or from unsecured loads.

“Over the years, volunteers have been putting a lot of time, hard work and care into cleaning our roadways,” says Orcas resident Nancy Schafer who volunteers each year with other West Sound community members during the Great Islands Clean-up. “It can be very discouraging for us to see new litter strewn on the roads – sometimes within days or even hours after we had just cleaned it,” says Schafer. “It only takes a few minutes to secure your load instead of having garbage lying on our roads until the next clean-up, blowing in the wind, or washing into our waters,” adds West Sound resident Ginger Moore. “We only have to drive down many of the roads on the mainland to see the result of accumulating, careless roadside litter. We can do better.”

The current penalties and fines for not properly securing your load in San Juan County range from a gross misdemeanor to $553.00, depending on the offense. The Orcas Transfer Station does not currently enforce a fee for vehicles carrying trash that has not been secured properly but will be actively reminding customers about the importance of it and providing educational handouts.

Find more information about Secure Your Load for Safer Roads on our website.

← Comparing Product Packaging
Lopez: A Model for the Future →