Posted on December 13, 2016 by Danielle Wheeler 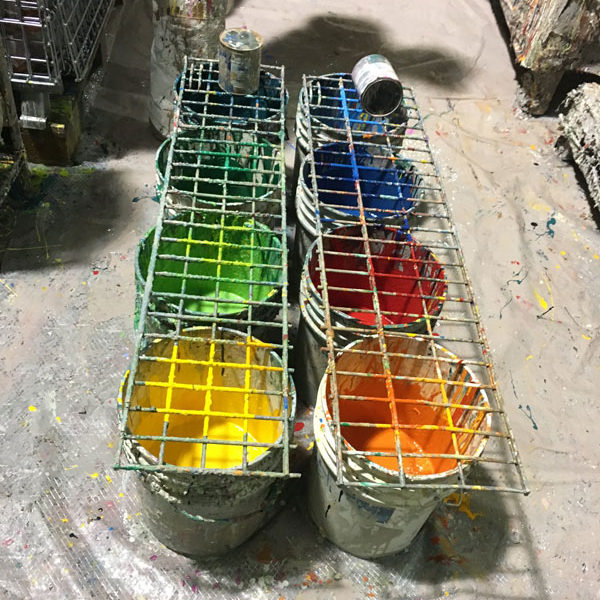 Nine states, including California and Oregon, now have paint recycling programs in place. Washington needs to be next.

Paintcare, a non-profit paint recycling program, was created by the paint and coatings industry. The program facilitates the collection of discarded paint and redirects it into a recycling system.

Useable latex paint is filtered, mixed with like colors, repackaged and sold for one-half or one-third of the cost of new paint.

The program is paid for by a user fee attached to the sale of new paint—usually $0.75 per gallon.

While there is no recycling program here in Washington, there is in Oregon. The recycled Oregon paint is sold here, under the “Metro” brand. It retails for between $7 and $15 per gallon. It’s available at the ReStore in Bellingham and Miller Paint stores, among other locations.

Discarded paint comprises up to 60% of the household hazardous waste (HHW) stream generally. In San Juan County, HHW is a huge and growing problem, because it is illegal to transport HHW to the mainland on the ferry system.

Currently San Juan County funds an annual one-day pick-up event on each major island—an effort that costs over $75,000 per year. A paint recycling program would be a huge help.

For three years running Ericksen has killed the Paintcare legislation in his committee, before it even gets a vote.

There are those opposed to the seventy-five cent fee added to a gallon of new paint, considering it an unfair tax. However it is easy to counter this argument when considering the cost of paint disposal—both in terms of financial and environmental costs.

Politicians are also sometimes adverse to the concept of “product stewardship” legislation: laws that force companies to take responsibility for the end-of-life of the products they create—especially toxic products.

Washington State has two successful product stewardship laws in place; one for managing e-waste, and another for fluorescent light bulbs. Both laws keep significant toxins out of the environment.

Jeremy Jones, who runs Paintcare in Oregon, and Marie Clarke, spokesperson for the American Coatings Association, both said in a December seminar in Vancouver, WA that Washington State has been Paintcare’s primary target for some time—but has continually run into the Erickson roadblock.

At the same seminar, State Senator Maralyn Chase praised the Paintcare program, and promised to continue her support for the bill. Our District 40 Senator, Kevin Ranker, has also been a vocal supporter of the bill.

The Paintcare bill, HB 1571, will be re-introduced in the State legislature early in 2017. Ironically, there is a chance that Senator Ericksen will be tapped to work in the new Trump Administration, thus potentially removing him as an obstacle to this legislation.

If not, Paintcare supporters including Orcas Recycling Services, promise to continue advocating for the bill. In the meantime, Senator Chase recommends reaching out directly to Senator Ericksen—particularly voters in his Legislative district, the 42nd, which includes Bellingham, Lynden and Ferndale.