Where Does All the Food Waste Go? 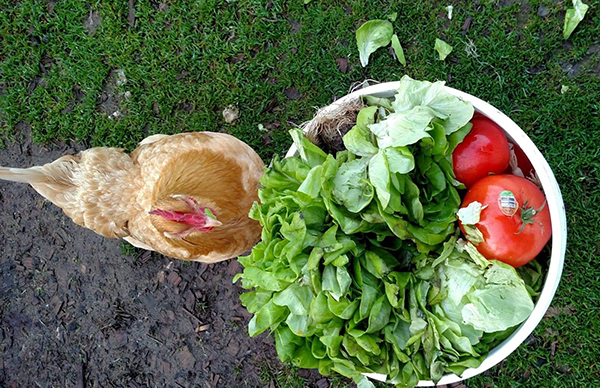 Late last year when the nation-wide recycling crisis consumed the news, we decided to push forward on our Recycle 2.0 program, hoping it would advance the conversation about achieving a zero-waste community. Food waste has been a continual topic of concern for people all over the world – and it’s something we are working to address here on Orcas Island.

The USDA reports that “in the United States, food waste is estimated at between 30-40 percent of the food supply. This estimate, based on estimates from USDA’s Economic Research Service of 31 percent food loss at the retail and consumer levels, corresponded to approximately 133 billion pounds and $161 billion worth of food in 2010.

We recently spoke with both Island Market and the Orcas Co-op to get an idea of what actions are being taken by some of the larger businesses on the island concerning food waste.

Employees at Island Market initially drove the conversation about what could be done with food waste after realizing how much of it cannot be sold to customers, and instead ends up in the dumpsters each day. Island Market’s Environmental Group or “Green Team” wanted to start a program in which food waste could be picked up by farmers for composting.  “We were looking for people that wanted to compost the waste and were having a hard time generating interest. Then one of our team members actually found the two farmers on Buy, Sell, Trade looking for surplus produce for chicken feed,” says Jacob Linnes

The pilot program was launched in November. Culled produce is placed in bright red cans, wheeled out at the end of each day, and placed in a designated area. The farmers participating in the program religiously pick up the waste each day, essentially making the program a success.

One of the farmers told Green Team members that when her animals see the red garbage can come out of the truck they go running to the fence.

Of course, anything that’s edible (with only dents or bruises) is donated to the local food bank twice a week. And Island Market engages in consistent food rotation to make use of everything they can within the store.

Owners Jacob and Jason Linnes had already held some initial conversations with Pete Moe at Orcas Recycling Services/The Exchange about how it made sense to create a food recycling program. They got together with some of the biggest companies on the island producing consumer waste – the YMCA, Rosario, and local schools – and brought them into the conversation. San Juan Sanitation Operations Manager, Logan Luft, was also part of the initial discussions.

Their “big picture” goal is to see the formation of a composting program that takes everyone’s waste and creates a money-making business that benefits the island. Short-term, they plan on continuing to build on programs that take 36,000 lbs of food out of the landfills each year to instead feed local animals and save farmers money.

For the Orcas Co-op, part of their mission is sustainability. They consciously make purchasing choices based on the criteria of ecological sustainability “but will also seek to minimize waste both in terms of packaging and food waste.” Minimizing food waste is a big part of that commitment.

The Co-op has many operational plans to continue to cut waste – one of these being the expansion of bulk offerings in the last couple years. They plan on doing more education around buying in bulk, including short videos.

As part of the National Co-op Grocers the Co-op is able to measure their sustainability impact in 17 areas such as reducing food waste and energy consumption, employee welfare and more. Through this program they were able to track 16,770 lbs of food kept out of the landfills in 2018 alone. They were also the recipient of a National Co-op Grocers (NCG) Co-efficient Sustainability Stars award, which recognizes food co-ops that demonstrate outstanding leadership by making a positive impact on social, environmental, and local economic issues. Only 8 of 155 co-ops were recognized with this award.

Food that has reached its “Best by” or expiration date at the Co-op is offered to staff or brought to the local food bank on certain days of the week. Non-edible food waste, such as damaged or moldy produce or spoiled food is put in a bin by their back door. The bin is picked up daily by a farmer and the amount of food waste is tracked through a Co-op program. Any farm interested in participating in their food waste program can contact bookkeeper@orcasfood.coop to learn more.

The Co-op’s long-term goal is to see a composting facility on Orcas. That would allow them to offer compostable to-go containers. In the near future watch for a deli redesign that would enable the use of reusable/washable soup bowls. The Co-op is also partnering with ORS?The Exchange to begin collecting plastic utensils and water cups to be extruded and made into plastic filament for use in the High School’s 3D printer.

If you’re doing something notable regarding food waste mitigation and would like to share it with us, please reach out to heather@exchangeorcas.org. We’d love to hear from you!