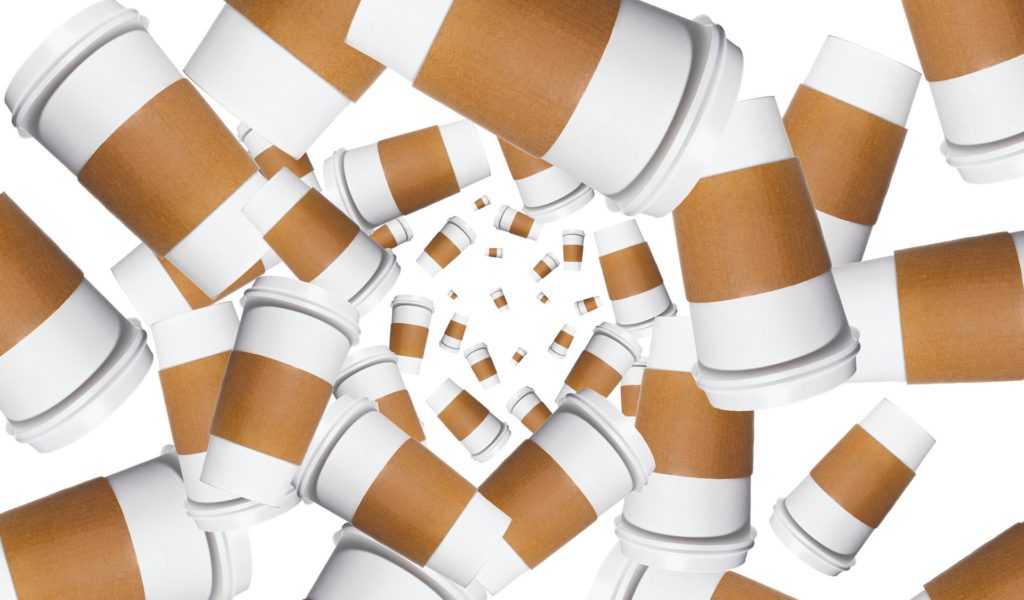 Most coffee purchased in retail establishments is sold in disposable coffee cups—creating an environmental nightmare. Many consumers assume that coffee cups can be recycled. In fact, it is not that simple.

Coffee cups are generally made from cardboard with a thin layer of plastic tightly attached to the cup. This keeps the drink warm and prevents the cardboard from becoming soggy—but it also makes the cup non-recyclable. Not to mention, food soiled paper products, such as cheap paper plates that don’t have a plastic lining, are not recyclable due to the presence of food residue.

The paper industry is the largest industrial consumer of water and third largest industrial greenhouse gas emitter. Coffee cups become waste in less than half an hour, yet take about 20 years to decompose. Paper makes up 26% of landfills. Degradation of paper produces methane, a greenhouse gas with 23 times the heat trapping capacity of carbon dioxide. Landfills are the source of 34% of the methane released in the U.S.—the single largest source in the Country.

Clearly, avoiding paper cups and similar disposable paper products altogether can save heaps of environmental impact—both on the manufacturing and waste disposal side of things.

Want to lighten your footprint (and perhaps win some cool prizes in the process)? ORS has partnered with SeaDoc Society to offer a fun incentive game for 2017. Join in our Reusable Cup Challenge today!